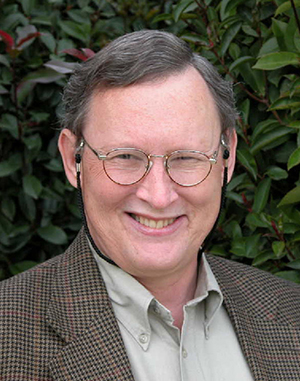 During this year’s Giving Tuesday — an international day of giving held each year on the first Tuesday after Thanksgiving — UC Merced will honor Professor Will Shadish with a new graduate student fellowship fund.

On Nov. 29, donors can direct their gifts to the Will Shadish Memorial Graduate Student Fellowship to honor the work and contributions of Shadish, one of the campus’s 13 founding faculty members. Shadish was instrumental to the creation of the campus’s psychology major and Psychological Sciences Ph.D. program and spent 13 years with UC Merced until his death in March.

Donations will be placed in an endowment to recognize and reward graduate students who demonstrate excellence in their research and teaching.

Like all other gifts made in support of one of the 14 featured UC Merced funds on Giving Tuesday, those to the Shadish fund will be matched at a 3-to-1 rate, quadrupling the impact of each gift.

“I am honored to announce the creation of the Will Shadish Memorial Graduate Student Fellowship Fund,” Vice Provost and Graduate Dean Marjorie Zatz said. “The fellowship is a fitting tribute — a way for the UC Merced community to come together and remember Will’s tireless work on behalf of our campus and our students.”

Zatz has pledged a $1,000 donation to the fund. She said even small gifts from faculty, staff and students can have huge implications for the fellowship and in supporting graduate student research.

This is the third year UC Merced has participated in Giving Tuesday, but the first time gifts for a graduate student fellowship have been included in the match. The Graduate Division hopes to gather $10,000 in donations and pledges during the event.

During his 13 years with UC Merced, Shadish served on almost every major Academic Senate committee and participated in countless other activities in support of the UC Merced mission.

“Will Shadish, whom I have known since our time together in graduate school in the 1970s, epitomized excellence in research, teaching and service throughout his career,” Professor Jan Wallander said. “Will focused particular attention on supporting graduate student development. This is a wonderful way to reinforce his values and devotion to UC Merced graduate students.”

Shadish was only the second distinguished professor at UC Merced, as well as the recipient of the Dr. Fred Spiess Award for Distinguished Service in 2015 and the Academic Senate Distinguished Research Award in 2011.

The new fellowship honors Shadish’s scholarship, his teaching, his service and his many contributions to the behavioral sciences. Donations to the UC Merced Giving Tuesday campaign can be made starting as early as 9 p.m. PST Nov. 28, and anytime until midnight Nov. 29.