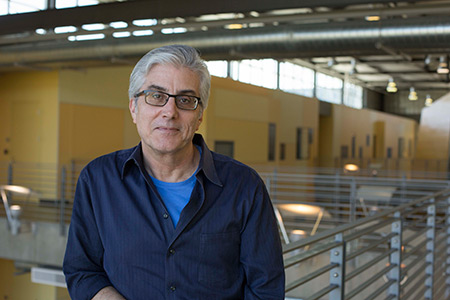 Funding for the three-year project comes from the University of California Office of the President’s annual Multicampus Research Programs and Initiatives (MRPI) grant program, and was awarded primarily to UC San Francisco. There are co-principal investigators at UC Merced — Gilger — and at UC Davis and UC Irvine. Other UC collaborators include faculty members at UC Berkeley and UCLA.

Together they form the California Science-Based Innovation in Learning Center (SILC).

The center’s mission is to close the achievement gap through early identification and intervention for children from underserved populations who are at risk of learning disadvantages.

SILC’s organizers aim to design an innovative cross-disciplinary collaboration bridging education, cognitive sciences, medicine and policy, and perform a series of pilot studies to examine the links between academic and health outcomes in English-language learners (ELL) and evaluate individualized prescriptions of reading interventions.

One of the issues researchers will explore is dyslexia. Learning English is challenging enough, but for someone with dyslexia, it’s even more difficult.

“How do you know if it’s a learning disorder or just a language gap?” Gilger said. “And if the parents didn’t finish school and aren’t English-proficient, they might not even be aware there are problems.”

MRPI grants bring together researchers from across the UC system to approach projects from a diverse array of perspectives. Gilger, a developmental psychologist with the School of Social Sciences, Humanities and Arts, specializes in dyslexia, neurology and biology. His SILC colleagues include experts in neurology, learning disabilities, cognitive neurology, health disparities, language processes, intervention and education.

They intend SILC to become the hub of information and research. The details of how SILC will proceed are still being determined, but Gilger said each campus is already preparing to access test subjects and focusing organizing efforts around services, training, advocacy and research.

Each SILC member will be responsible for several different tasks, and Gilger’s will include training and education. He said he’s especially looking forward to involving undergraduates in SILC’s work.

“It’s great to get them involved in research, but they will also be learning about how to do outreach,” he said. “Plus, many of our students are English-language learners themselves, so they will be able to teach us, too, about the challenges they faced and about connecting with different communities.

ELL children are also twice as likely to live in poverty and more likely to be misidentified with learning disorders than native English speakers.

“Learning disabilities and their misidentification in ELLs further contributes to ELL inequality in English proficiency and educational attainment, often leading to income and health disparities,” the SILC researchers wrote in their proposal.

They want the UC-based center to be the national leader in precision education and health.

“Such efforts will ultimately enhance the lives of children and families, while addressing major issues in California and the U.S., including the cost of education, difficulties of educating diverse populations including ELLs, and the health consequences of poor school performance,” they said.