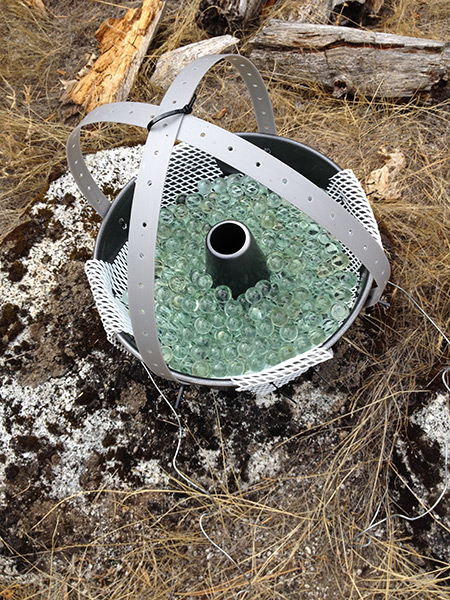 But dust from as near as the Central Valley and as far away as the Gobi Desert in Asia provides more nutrients — especially critical phosphorus — than previously thought to sustain the vegetation in the Sierra Nevada, a team of scientists has found.

A new study released in the journal Nature Communications this week indicates it’s important to understand how dust helps vegetation thrive, especially in light of the changing climate and land-use intensification.

It is well known that dust is an important source of nutrients for highly weathered and old landscapes like the island of Kauai, where intensive chemical weathering and leaching have depleted the underlying bedrock of life-sustaining elements, including phosphorus, potassium, calcium and magnesium, UC Merced Professor Stephen Hart and his collaborators wrote.

Because of the mostly phosphorus-poor granitic bedrock, the Sierra Nevada is considered a phosphorus-limited ecosystem, but the researchers believe their findings will hold true for other mountainous ecosystems around the world and have implications for predicting forest response to changes in climate and land use.

Nutrients are generally supplied to plants as bedrock is converted to soil. Nutrients, to a large degree, regulate the distribution of life across Earth’s surface, so understanding the relative importance of different nutrient sources — including bedrock and dust — is a fundamental question in ecology, biogeochemistry and geobiology.

But the researchers were surprised to find that the dust is important even in actively eroding, relatively young mountain ecosystems like the Sierra Nevada.

“Dust provides important inputs of the plant-growth limiting nutrient phosphorus to western Sierra Nevada ecosystems,” Hart said. “These dust inputs may be critical for maintaining plant productivity in these geologically young montane environments, and dust inputs may increase as land use in the Central Valley intensifies and as the climate warms in the future.”

An interdisciplinary and inter-institutional collaboration involving isotope geochemists, a geomorphologist, ecosystem ecologists and microbial ecologists from UC Merced, the University of Michigan, the University of Wyoming and UC Riverside sought to quantify the importance of transoceanic and regional dust as a nutrient source to Sierra Nevada ecosystems. 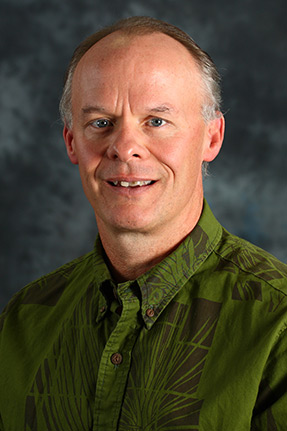 The researchers examined samples from four sites in the Southern Sierra Critical Zone Observatory (SSCZO) in the Sierra National Forest, from about 1,300 feet to 8,800 feet elevations, and compared dust nutrient inputs to rates of soil formation based on modern and millennial rates of soil loss.

The research team is also studying microbial “hitchhikers” that are riding on the dust particles.

“I think we’ll also be able to use the microbial DNA to pinpoint where the dust comes from with a similar or higher fidelity than using radiogenic isotopes in the dust,” said Hart, who’s with the School of Natural Sciences and the Sierra Nevada Research Institute.

UC Merced graduate student Nicholas Dove, who volunteered to be part of the project for the experience of working with this diverse group, said he was tasked with collecting dust and helping write the paper by offering comments and critiques.

“Harvesting dust for scientific purposes is surprisingly rudimentary. We use many household supplies: Wooden posts hold up bundt pans filled with marbles, and the dust settles in the marble matrix,” he explained. “We collect this dust by ‘washing’ the marbles with sterile water. The water is filtered and, voila, you have your dust.”

Dove’s dissertation is focused on the effects of fire suppression and altered wildfire regimes on microbial communities and biogeochemical processes in mixed-conifer forests of the Sierra Nevada, but he jumped at the chance for more work in the SSCZO.

“Working in the SSCZO has allowed me to meet and work with other researchers outside from around the country,” he said. 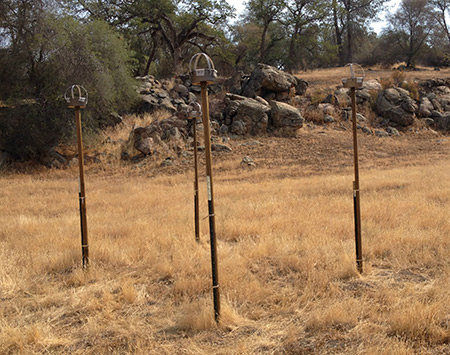 The SSCZO, led by UC Merced Professor Roger Bales, is part of a network of 10 critical zone observatories established by the National Science Foundation, and is a collaborative effort with the Pacific Southwest Research Station of the Forest Service.

“The CZO network was set up to carry out research such as this, which integrates physical, geochemical and biological measurements from the subsurface through the land surface, giving us an unprecedented predictive ability to improve management of these rapidly changing forested landscapes,” Bales said.

“This research reveals that the transport of dust in the atmosphere is important for the ecological health of many parts of our planet,” said Richard Yuretich, program director for the NSF’s Critical Zone Observatory Network. “Complex cycles and feedbacks regulate conditions at the surface of the Earth. This study adds a significant piece to our knowledge of how the Earth works and what we can do to keep it functioning properly.”