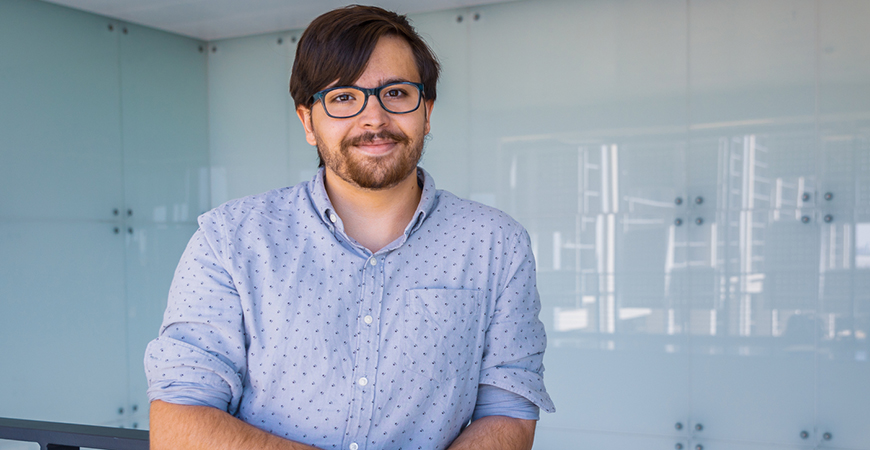 Jonathan Daniel, who is working on a doctorate degree in Physics, is part of the Cal-Bridge program funded by NSF.

UC Merced is part of a concerted effort to dramatically increase diversity in physics and astronomy over the next five years.

The campus is one of nine University of California campuses and 15 California State University campuses awarded a $5 million grant from the National Science Foundation through the Cal-Bridge North program.

“We’re thrilled that this program is expanding an existing NSF-funded Cal-Bridge program that has demonstrated success,” said Vice Provost and Graduate Division Dean Marjorie Zatz, who serves as a member of the program’s leadership council. “Our campus has already benefited from this program and we are committed to our role in providing undergraduate students with the foundation to successfully enter and complete a Ph.D. program.”

Cal-Bridge creates a pathway for students from CSU campuses to Ph.D. programs in physics and astronomy at UCs across the state. The new grant enables Cal-Bridge to expand from accepting about a dozen scholars per year to as many as 50 statewide. The national average of underrepresented minorities earning Ph.Ds. in these fields is about 80 per year. Statistics show that students from underrepresented minority groups represent 30 percent of the U.S. population but less than 4 percent of them are awarded physics and astronomy Ph.D.s nationwide. 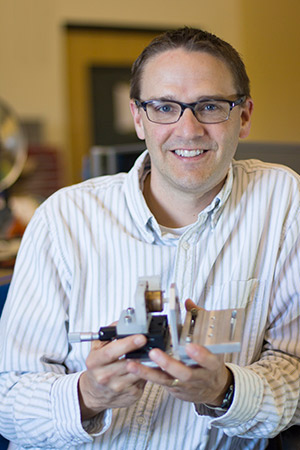 That’s where Cal-Bridge is taking the lead.

Launched four years ago at Cal Poly Pomona, Cal-Bridge provides every student with two faculty mentors, one from a CSU and one from a UC, to assist with the graduate school process. The program has already had an effect on the number of students from underrepresented groups graduating with physics degrees and matriculating to Ph.D. programs in physics or astronomy nationwide.

Jonathan Daniel from Exeter — who is attending graduate school at UC Merced — is one of them.

While earning a bachelor’s degree in physics at California State University, Stanislaus, Daniel worked with Stan State Professor Wing To. When he was selected as a Cal-Bridge Scholar, he was also paired up with UC Merced physics Professor Jay Sharping. They met bi-weekly to check in on his course progress and to help him prepare for graduate school.

“As mentors, we reviewed the list of schools that he applied to and gave him feedback on his personal statement,” Sharping said. “Jonathan grew comfortable enough to ask questions about the graduate school process that he might have kept to himself.”

Throughout the year, Daniel participated in skill and professional development workshops, including Python programming and writing workshops.

“Cal-Bridge supported me financially, which allowed me to not worry as much about student debt,” Daniel said. “Academically it prepared me for the continuation of my academic career.”

Our campus has already benefited from this program and we are committed to our role in providing undergraduate students with the foundation to successfully enter and complete a Ph.D. program.

In Sharping’s view, the program benefits UC Merced as much as it does Daniel and students like him.

“Jonathan’s past particle physics research projects don’t overlap with our research areas, so he might not have considered applying here,” Sharping said. “After visiting campus and learning more, I think he got excited about the science going on at UC Merced and we grew on him.”

The program has successfully developed a pipeline of highly diverse, qualified scholars, many of whom have already successfully matriculated to Ph.D. programs in physics or astronomy. The program just selected its fifth cohort of 27 scholars from 10 different CSU campuses across the state, bringing the total number of scholars to 61, including 35 Latinos, seven African-Americans and 27 women (16 of the 27 women are from underrepresented minority groups). In the past three years, 19 of 21 Cal-Bridge scholars who have earned their bachelor’s degrees in physics have begun or will attend Ph.D. programs in physics or astronomy at top programs nationally, including UC Merced.

“My mentors, Wing To and Jay Sharping, have been a great resource of information and very helpful with any situation I found myself in,” Daniel said. “I feel like l always have the ability to seek them out for advice and help whenever I need it.”

Cal-Bridge supported me financially, which allowed me to not worry as much about student debt. Academically it prepared me for the continuation of my academic career.